"The summer of 2016, a time for a change; time for new experiences and new adventures....Time to share new stories, while we continue to explore the depths of the photographer’s imagination. Working in partnership with the DUMBO BID and the NYC Department of Transportation, UPI shares with you work by seven talented visual artists, whose photographic practices revolve around the physical construction of fictional landscapes." - Curator Sam Barzilay 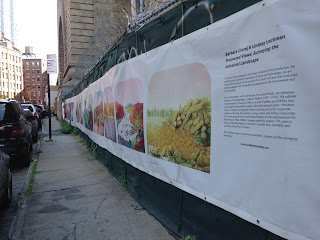 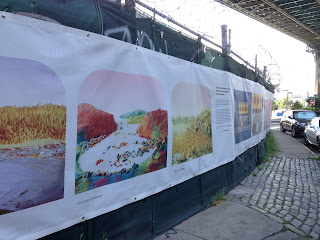 We visited the Yale Center for British Art (YCBA) in New Haven, Connecticut, where six images from our Natural History portfolio are displayed as part of "A Decade of Gifts and Aquisitions".

"The Yale Center for British Art opened to the public forty years ago, on April 19, 1977. The Center's building, collections, and the endowments on which it operates were Paul Mellon's greatest gift to Yale University, from which he received his bachelor of arts degree in 1929. Throughout his life, Mr. Mellon continued to add to the Center's collections, and after his death, in 1999, hundreds of additional works were bequeathed, along with final monetary donations of substantial proportions. In the forty years of the Center's existence, the collections have grown considerably, not just through Mr. Mellon's immense generosity but through that of many other benefactors. In celebration of the institution's fortieth anniversary, this suite of small exhibitions highlights some of the splendid gifts and acquisitions that have enriched and expanded the Center's collections over just the past decade. It includes a display of the final works from Mr. Mellon's collection, which came to the Center after the death of his wife, Rachel Lambert Mellon, in 2014.

"As part of Mr. Mellon's provisions for the ongoing maintenance of the building and its contents, and the support of its staff and programs, he left an endowment for growth of the collections. Many works purchased with this Paul Mellon Fund are included in the small exhibitions that make up this presentation. It is intended as a celebration of both the legacy of Mr. Mellon's gift fo rthe Center to the university and other donors and supporters who have contributed to the project of presenting the richness and complexity of British art to our multiple audiences." 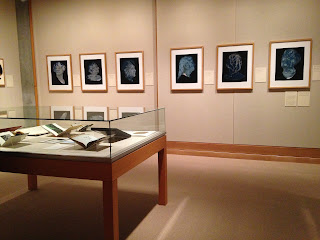 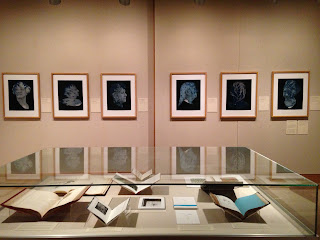 Barbara Ciurej and Lindsay Lochman photographed twelve women "in the attitude of Roman portrait busts [to] honor lineage and express the authority and dignity of their subjects." After the application of light-sensitive cyanotype solution, the digital portraits were overlaid with plants and exposed to sunlight, "leaving shadowy blue impressions. The variations of blue veiling on the portraits are a combination of exposure and brush application, making each image unique."

Ciurej and Lochman work from an understanding of early photographic techniques, and are particularly influenced by the work of the nineteenth-century British botanist Anna Atkins, who made cyanotype impressions to document natural specimens. The artists believe that their prints "reveal rich alignments of nature with history...Flowers that we raise now for ornamental beauty were once essential in culinary, medicinal, and magical arts. They were used symbolically in literature, religion, and mythology as connections to the mysteries of birth, death, and regeneration. Overlaying the portraits with flowers reconnects and evokes these histories, providing a context for considering maturity in a culture preoccupied with the preservation of youth."

The portfolio was published in 2014, limited to four copies, each one containing twelve unique prints.
Posted by Notebook - Natural History at 7:09 AM No comments:

Summer camp instructors at YCBA used images from our Natural History to inspire students to consider their place in the cycles of the natural world. They used images from the botanical illustration collection to overlay their iPad selfies. 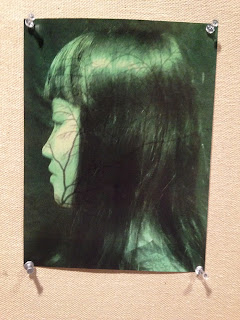 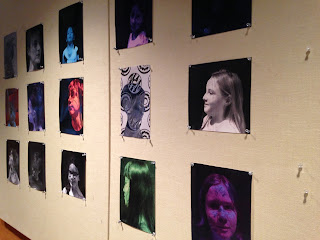 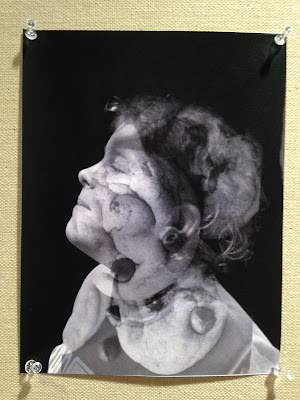 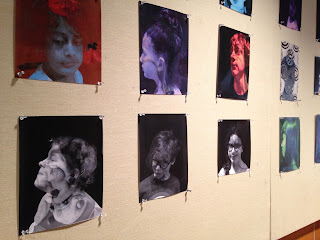 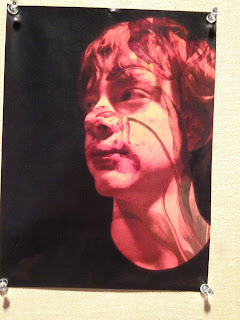 Posted by Notebook - Natural History at 7:02 AM No comments:

The first dummy proof of Pliant History is complete!
Matt Austin is a Chicago-based artist, publisher, and educator. His work is focused on the importance of honesty and learning from others. Matt founded Candor Arts publishing, he provides design and production services, creating editions addressing life, learning and healing. After discussion and consultation, he constructed and bound the final draft of Pliant History. It is a thrill to see this project is realized so beautifully.  Onward to the edition production!
Latitude is a non-profit organization based in Chicago, IL. Latitude maintains a community digital lab with high-end scanning and printing equipment, as well as operate an artist in residence program, and organize ongoing arts programming. Using the piezography process, Barb printed all the images for Pliant History, designed and printed the text. She has now vowed never again make a book using vellum overlays....

Posted by Notebook - Natural History at 2:19 PM No comments:

Exhibition: Call and Response: Art as resistance
March 31
Syntax Physic Opera, Denver, CO
Curated from our first open call for work, Call and Response: Art as Resistance features artists making work in response to the current social and political climate in the United States. This exhibition is hosted in collaboration with the Center for Fine Art Photography, Colorado Photographic Arts Center and Month of Photography Denver.
About Strange Fire
The Strange Fire artist collective is a group of interdisciplinary artists, curators, and writers focused on work that engages with current social and political forces. We seek to create a venue for work that critically questions the dominant social hierarchy and are dedicated to highlighting work made by women, people of color, and queer and trans artists.
Our collective practice is centered around increasing the visibility of meaningful work and creating dialogue and community through publications, exhibitions, and events.   We are committed to making our projects accessible, affordable, and socially relevant.
Strange Fire was formed in 2015 by Jess T. Dugan, Rafael Soldi, Zora J. Murff, and Hamidah Glasgow.


Posted by Notebook - Natural History at 12:38 PM No comments:

Our FEED zine was created as a reaction to the first one hundred days of the new regime.
Barb had been following the Twitter feed @RogueSNRadvisor as a respite from the REAL news.  Lindsay had been exploring neuropsychological marketing by rendering industrial and fast food logos as abstracted feel-good auras. These elements came together in FEED, a compendium of Trump crisis and diet-management reports.

"The notion that decent, well-meaning folks are keeping vigil on Trump from inside the palance walls is a form of escapism, like alcohol or James Bond movies. Properly understood, it's not fake news; it's fiction as self-care."  --Katy Waldman  "Rogue Twitter Feeds as Liberal Self-Care"  - Slate Magazine 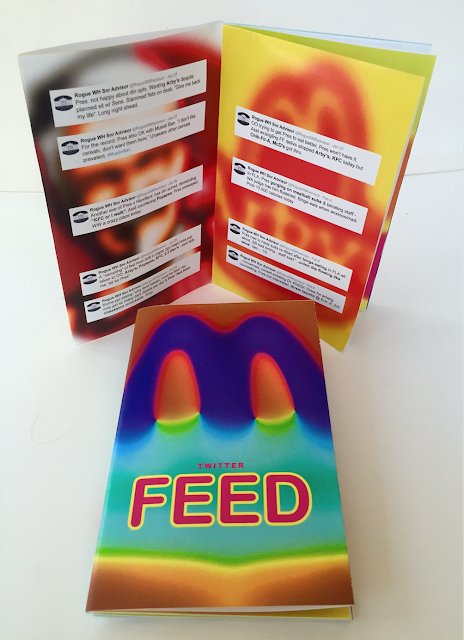 The project, #3 of our "political interventions,"  was recently exhibited at Magnum Foundation's AWAKE Book and Zine Bazaar. 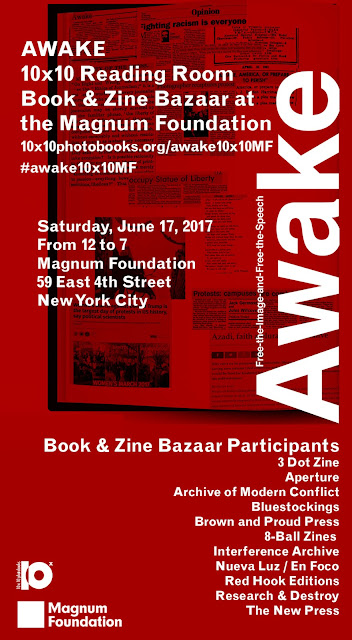 also featured at the Ithaca College - ITI Symposium exploring creative, publishing and curatorial work by an international roster of artists, June 30 and July 1, 2017 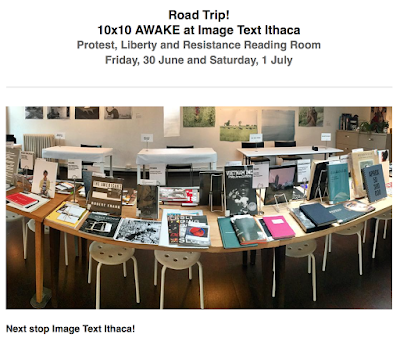 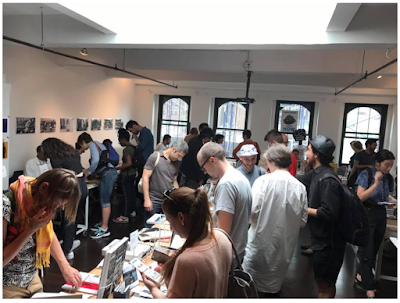 Posted by Notebook - Natural History at 2:51 PM No comments:

Both General Mills Inc. and ConAgra Brands Inc. are facing lower sales due to the lessening demand for processed foods. General Mills has found that removing synthetic food dyes promotes sales, as consumers turn to organic and synthetic-free foods.

"Reddi-Whip is advertising its use of 'real cream' rather than hydrogenated oils, and 'no artificial growth hormone'. Hunt's is promoting how it peels its tomatoes with steam, rather than chemicals. ConAgra's website for Hebrew National hot dogs brags that they have no artificial flavors, no fillers and no byproducts because 'the shorter the ingredients list, the better.'" writes Annie Gesparro.

Grocery stores are seeing a growing demand for hot, fresh foods as opposed to boxed pasta with powder sauces. Grocers are promoting their fresh goods instead their cereals, cookies, and other processed treats.


"...Grocery-store chains around the country are building new stores that have less space for traditional packaged foods in the center aisles and more for in-store restaurants and fresh meals shoppers can take home." writes Annie Gesparro.

In other news, Pringles can inventor Frederic J. Baur had a bizarre final wish - to have his ashes buried in a Pringles can. Upon his passing, the family chose to place his ashes in a can of the original flavored Pringles, at rest with his invention forever.

Posted by Notebook - Natural History at 1:04 PM No comments: 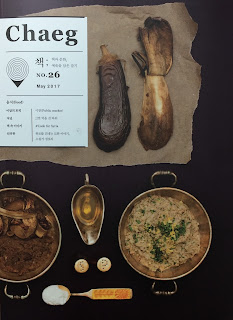 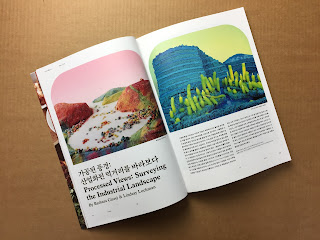 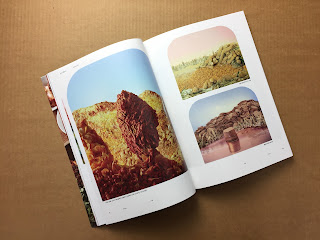 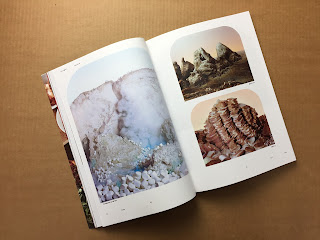 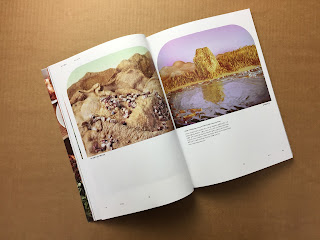 Chaeg is a Korean produced periodical that specializes in all things culture, art, and books. Chaeg was first published in November 2014 and continues to release monthly issues.

Posted by Notebook - Natural History at 3:17 PM No comments: 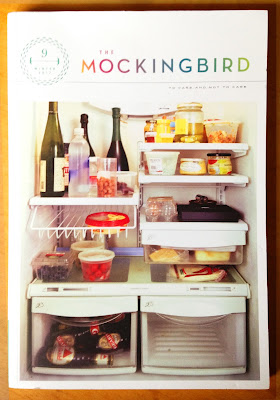 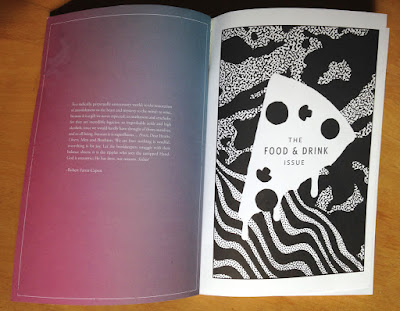 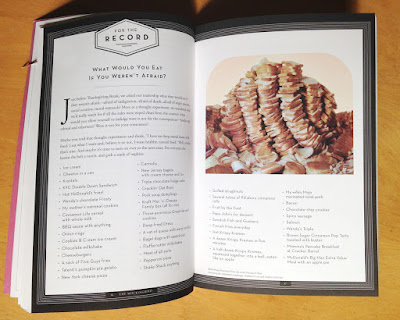 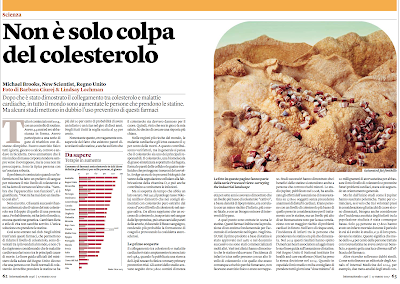 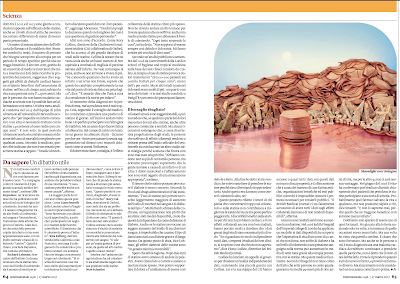 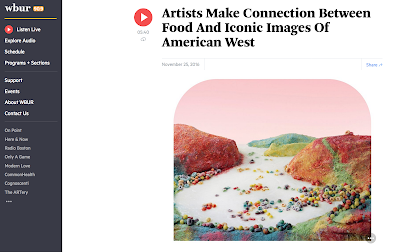 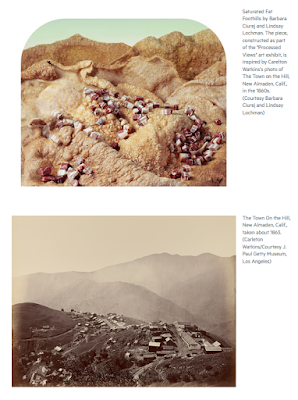 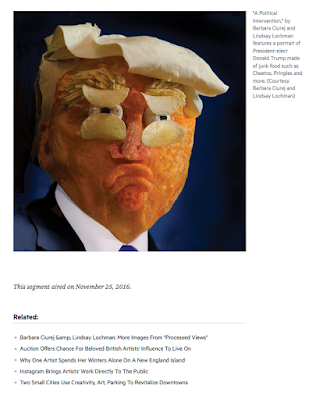