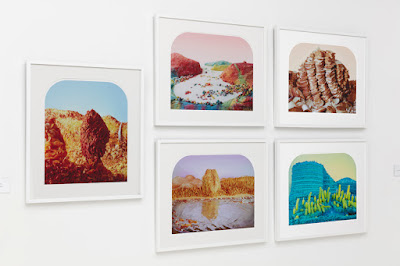 This summer RWFA is presenting a group exhibition featuring the work of eight photographers abstractly exploring the classic subject of landscape. Photographing the landscape is as old as the medium itself. As a universal subject it reflects the aesthetics, approaches and attitudes of each era throughout history. For the majority of its first century of existence, photographic landscape relied on the Romantic tradition of the 19th century. In the 1960s and 70s this began to shift as Western culture, wrestling with profound cultural changes in the Post-War period, such as Pop Art, mass media, consumerism and the Cold War, altered how artists depicted the world at large. In photography, many point to a single exhibition in 1975 for its growing influence. New Topographics, Photographs of a Man-Altered Landscape held at the (then) International Museum of Photography at George Eastman House in Rochester, NY included work by photographers who shared a similar disassociated, sly, sardonic and decidedly anti-Romantic aesthetic including Robert Adams, Bernd and Hilla Becher, Joe Deal and Stephen Shore. Switching out the grand Western vistas of Watkins, O’Sullivan and Adams for urban sprawl and endless concrete, photographers began to radically redefine landscape just as Robert Venturi, Denise Scott Brown and Steven Izenour did for architecture in Learning from Las Vegas in 1972.

Today’s generation of photographers, while cognizant of this pedigree, hold their work to no such didactic method. Lost In Space is a group exhibition reflecting some of the current trends in landscape photography, ranging from the lyrical to the dissonant, from the personal to the disassociated. Interestingly, none follow the tradition of using the photographic document as a self-referential means to its own end. Instead, photography is employed to convey a personal point of view, to support the photographer’s overt social condition or place of self in the world. Process plays an important role in many of the photographers’ efforts, including the invented image and the constructed tableau. Landscape, as a concept is more implied and subverted than clearly stated. If Nicholas Nixon’s statement in the original New Topograghics catalogue “The world is infinitely more interesting than any opinions I might have of it”, defines his generation’s position then one might take Aaron Rothman’s artist statement as its correlative: Straight photographs can’t quite convey the increasingly porous border between the natural and the artificial, between the real and the virtual. 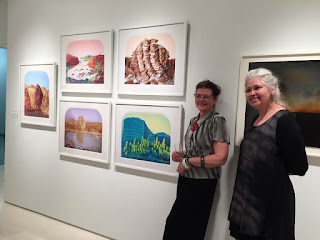 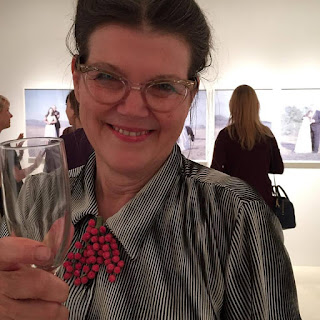 Posted by Notebook - Natural History at 12:30 PM No comments: