May 29,1913
The Patrick Cudahy meatpacking plant, which traces its history in the Milwaukee area to the 19th century, may soon be owned by the Chinese.
The plant is part of a proposed $4.72 billion deal that would be the biggest purchase ever of a U.S. company by interests in China. The deal calls for Patrick Cudahy's parent company, Smithfield Foods, to be purchased by Shuanghui International Holdings Ltd., the majority shareholder in China's largest meat processor.
The proposal led to some perplexed reactions about the prospect of Sweet Applewood Smoked Bacon soon being owned by a company in one of the last bastions of Communism on the globe, a country that brought the world cheap labor and outsourced jobs.
"I think there are people who will say this is 100% horrible. I think there are some who will say it's a great thing — it's an opportunity for U.S. agriculture to get U.S. products into the hands of Chinese consumers," said Jeff Sindelar, an associate professor who researches the global meat industry at the University of Wisconsin-Madison. "And then I think there is a larger segment of people right now who aren't really sure."
Read more from Journal Sentinel: http://www.jsonline.com/business/chinese-company-to-buy-parent-company-of-patrick-cudahy-b9921633z1.html#ixzz2jJtMZmtR

The impact of industrial food production on our planet is discused in the four minute interview film Pig Business.  A more poetical view of the dilemma of the place in the wheel of life may be seen in this short exerpt from the 2011 film, Samsara. 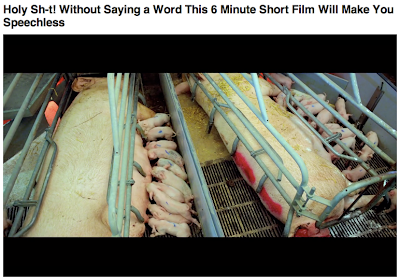 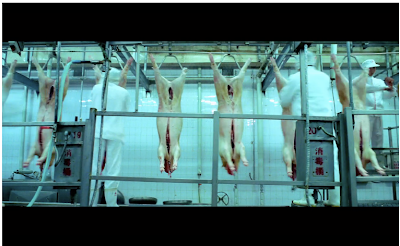