After 20 years, studies show some unsubstantiated results for feeding the world. This  New York Times article by environmental reporter, Danny Hakim compares the facts with the promises of technological intervention in food production.


"The promise of genetic modification was twofold: By making crops immune to the effects of weedkillers and inherently resistant to many pests, they would grow so robustly that they would become indispensable to feeding the world’s growing population, while also requiring fewer applications of sprayed pesticides.  .....Since genetically modified crops were introduced in the United States two decades ago for crops like corn, cotton and soybeans, the use of toxins that kill insects and fungi has fallen by a third, but the spraying of herbicides, which are used in much higher volumes, has risen by 21 percent."

A quick view of two decades of performance 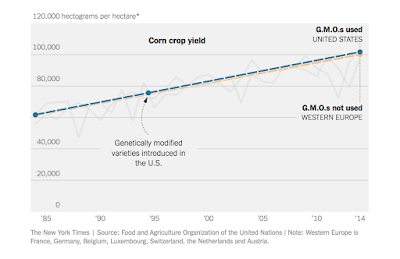 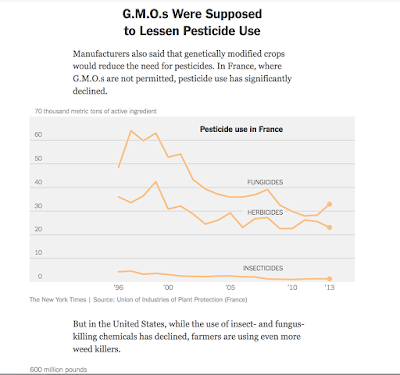 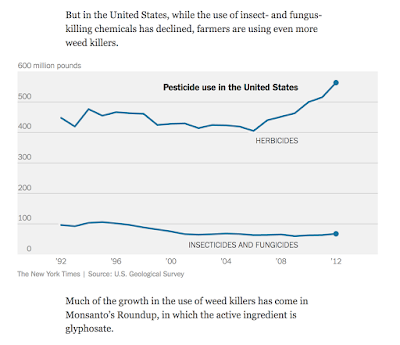 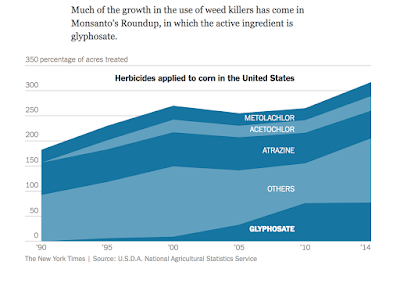 Not to worry Monsanto-Bayer monolith, the creation of new markets is a established technique-- "feeding the world" with high tech is so righteous.


“G.M.O. acceptance is exceptionally low in Europe,” said Liam Condon, the head of Bayer’s crop science division, in an interview the day the Monsanto deal was announced. He added: “But there are many geographies around the world where the need is much higher and where G.M.O. is accepted. We will go where the market and the customers demand our technology.”

Posted by Notebook - Natural History at 11:30 AM