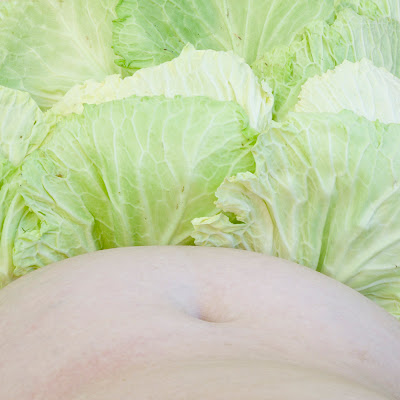 There is historical and botanical evidence that cabbage has been cultivated for more than 4,000 years and domesticated for over 2,500 years. Although they look very different, cabbage, kale, broccoli, kohlrabi, cauliflower, and Brussels sprouts are all the same species of plant.

With it's ancient and distinguished heritage, Cabbage may be viewed as a symbol of the natural order of life. Its authority can be seen in the fairy tale of Little Otik, where those who wreck havoc by thwarting mother nature are punished by the crone who patiently nurtures her cabbage patch. 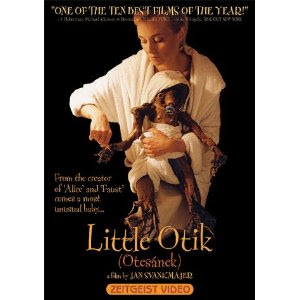 This fairy tale is realized in film by the brilliant animator Jan Svankmayer.

"As we know, folktales are old myths retold. What myth is hidden in the tale of Little Otik? A childless couple rebels against fate and creates, from nature, a child. They literally extract the secret of creation. For this rebellion against the natural order they suffer a bitter punishment, directed not only against themselves, but against those around them. As we can see, we have touched on one of the basic myths of this civilization: the myth of Adam and Eve, or, if you wish, a myth analogous to that of Faust. I think that now, after the mapping of the human genome, such myths are becoming increasingly relevant."

Posted by Notebook - Natural History at 7:48 AM