Presidents' Day - An Army Marches on it's Stomach 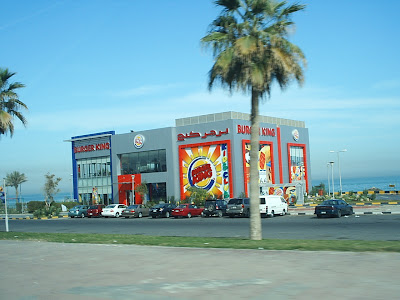 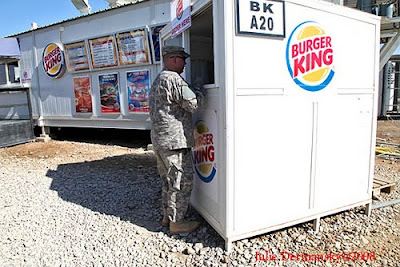 The Continental Congress of 1775 attempted to standardize rations and the way units prepared them. The basic ration included 1 pound (lb.) of beef, or 3/4 lb. of pork, or 1 lb. of salt fish; 1 lb. of bread or flour; 1 pint (pt.) of milk, or payment of 1/72 dollars, and 1 quart of cider or spruce beer; 3 pts. of peas or beans per man per week. [Soldiers were required to cook their own meals, no private contractors.]

Nourishing our troops in Afganistan and Iraq

The top U.S. commander in Afghanistan has given the green light to bring fast food and other concessions back to Afghanistan. “These quality-of-life programs remain important to soldiers for stress relief and therefore enhancing military readiness,” Gen. David Petraeus wrote in an Oct. 4, 2010 order.

Prior to February 2010, the Army and Air Force Exchange Service operated 141 eateries and shops in Afghanistan. After the May closures, 84 remained. Among the 57 closed were Burger King, Pizza Hut, Taco Bell and Popeyes restaurants, as well as new-car sales offices, jewelry, perfume and souvenir shops.

As a civilian, I don't know if I am as comforted by this comfort food for our troops.....

Posted by Notebook - Natural History at 8:09 AM