Processed Views: 2 Panorama of Avarice - The March of History

Inspired by Watkins' City on a Hill, we considered the source of some of our food traditions. Many ancient cultures, in an effort to make use of all parts of an animal, rendered the fat to obtain oil for cooking. The chicharron originated in Spain and is popular in most Spanish speaking countries. Pork rinds are a traditional food is prevalent throughout Asia and Europe. 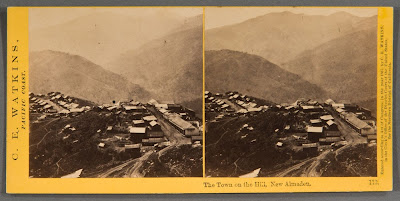 Regardless of the history, consider the consequences. The upsurge in the consumption of snack food lead researchers at Scripps Research Institute to conclude that junk food consumption alters brain activity in a manner similar to addictive drugs like cocaine or heroin.  After many weeks with unlimited access to junk food, the pleasure centers of rat brains became desensitized, requiring more food for pleasure. After the junk food was taken away and replaced with a healthy diet the rats starved for two weeks instead of eating nutritious fare.

Find a short history of the rise of American junk food at http://www.nytimes.com/2010/08/08/weekinreview/08manny.html?_r=0
Posted by Notebook - Natural History at 2:59 PM